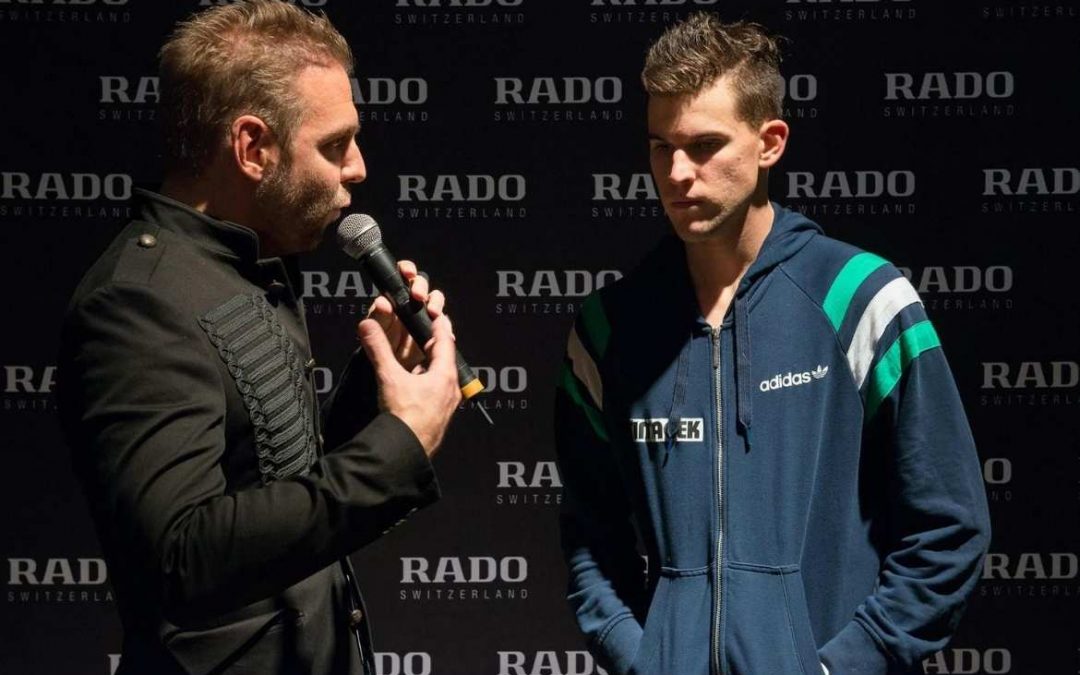 At last! Tennis starts again and the anticipation also gives the opportunity for a short review of the Erste Bank Open 2019. Last year I hosted the traditional tournament in the “Wiener Stadthalle” for the 6th time. It is always one of the best weeks of the year for me, as I get to be part of a tournament where tennis stars like Agassi, Muster, Federer have already played, and also the new generation of players like Thiem and Zverev.

The weekend before the tournament actually starts, when the hosting of the draw and the Rado ProAm tournament at the Colony Club in Vienna takes place, is the prelude for me. Every year, tennis pros like Thomas Muster, Stefan Koubek and Clemens Trimmel have exciting matches with well-known celebrities like Toni Polster or Viktor Gernot. But this is only the beginning…

The best in the world at the Erste Bank Open

Starting Monday, the world’s elite hit Vienna. In 2019, numerous top-10 and top-20 players from around the world were once again in action at the Erste Bank Open. From an Austrian perspective, local hero and tournament number 1 Dominic Thiem is waving the flag. My tasks and highlights look like this: first of all, I get to accompany the players on the center court with my voice. I love events like this, where it is complete dark at the beginning and then the venue is illuminated by lights and a smoke machine billows out fog companies by cool music.

Another big highlight for me is Tom’s Talk, our daily talk show, which I host every day at the Erste Bank Open together with the former world number 1 Thomas Muster. Lively talks and casual guests are the order of the day: soccer icon Toni Polster, ace discus-thrower Lukas Weisshaidinger, skiing ex-world-champion Michaela Kirchgasser, footballer Marc Janko, beach volleyball world-championship runner up Clemens Doppler, Alex Horst and Runtastic founder Florian Gschwandtner. On day 1 of Tom’s Talk, we are traditionally honored by the current number 3 in the tennis world, Dominic Thiem.

The sporty icing on the cake of this unforgettable week in 2019 was Dominic Thiem himself winning the tournament in Vienna for the first time! If you want to be there yourself this year then come and visit us at the next Erste Bank Open in the Vienna Stadthalle.

What is the most magical thing about big sports-events for you? Do you find the sport itself or the surroundings more exciting? Have you ever been to the Erste Bank Open? Feel free to leave a comment for me about it.