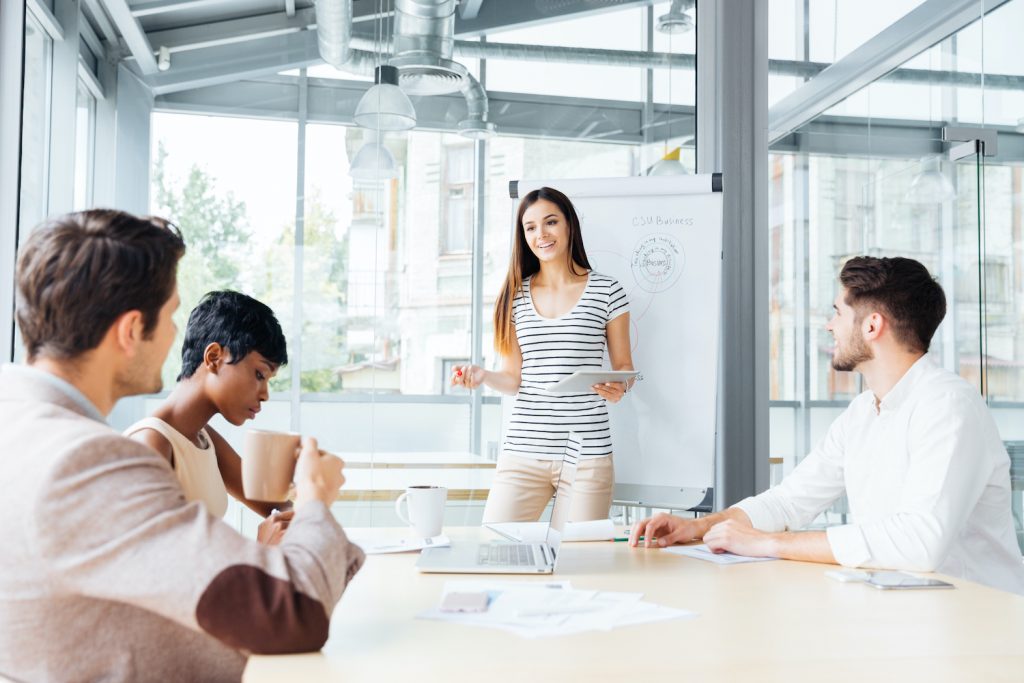 Today I would like to discuss a different kind of interpersonal communication that is at least as important, if not more so, than the use of your voice. I am referring to what is known as “nonverbal communication”. This term is generally understood to mean communication without words, using only the language of your body.

When does non-verbal communication begin?

Basically, communication starts with the preparation of the topic in question. You will prepare yourself. Your speech, if you are a speaker, will be announced, and your audience, just like you, can get into the topic in advance.

Everyone is conditioned to the fact that they can decide in this short moment whether a person is dangerous or not. This dates back to primeval times when humans were hunter-gatherers.

There is no second chance for a first impression.

In addition, the so-called “halo effect” is another thing that can make an impression on an audience. The first time you perceive somebody, your brain draws conclusions about the characteristics of the respective person solely based on a positive external perception. To put it plainly: when you see someone who appears positive to you, your brain makes you believe that they must be a good person.

This halo effect is particularly strong in people who are generally considered attractive. The characteristic “attractiveness” can then outshine all other strengths, and also weaknesses. But what can you do to not only be present on stage, but also be perceived positively?

Professor Albert Mehrabian of the University of California at Los Angeles (UCLA) has published a study that breaks down the perception of a personality at the first impression in percentage terms as follows:

Of course this does not mean that voice and content are unimportant, but emphasizes the importance of nonverbal communication. In the following sections, I would like to show you three ultimate tips, which I experienced in action myself as a 3-time world champion dancer during my active tournament-dancing time.

In this article I have brought you three special tips from Franco Formica so that you too can inspire your audience through your nonverbal communication. These basics are of course also valid for speakers and presenters.

It is the dream of every person who stands on stage to cast a spell over the audience from the very beginning. For me, the best entertainer who ever stood on a stage is Michael Jackson. He was not only the King of Pop but also the emperor of stage presence. At live performances, the first minutes are often crucial to win the trust of an audience. Michael Jackson was a master at it. He did not come on stage, he appeared. Jacko was famous for standing there for minutes like a statue: motionless, but full of presence and charisma. He was aware of his audience. He absorbed the energy and reflected it back to his fans. This strength is perceptible to the audience.

It doesn’t matter whether you are performing in front of a large audience or just a small group or even if you are just facing one person. First give people enough time to perceive you. Personally, I find it unpleasant to meet a person who immediately, without giving me the time to arrive, verbally blasts at me. Every single person in the audience feels the same way when a stage actor or speaker is full-on at the very start of a performance and immediately goes all out to impress the audience. It can be extremely unsettling.

If you want to speak in front of an audience, first of all get there. Stay calm on stage. Don’t immediately start rushing into your speech. Stand in your full presence and perceive the audience and the energy emitted. I don’t recommend for you to stand in front of them for minutes before you make your first move, like Michael Jackson did. Instead you should wait for a moment until a certain tension is noticeable. Then you can start.

2. Carry the audience with your energy

One does not have to be spiritual to feel the energy that arises between the speaker and the audience. Maybe you have been to an event or workshop before. Good speakers manage to captivate their audience. They have charisma and an “aura” that draws in the crowd.

But where does the speaker create his energy? His own personal energy is created in the area of the breastbone, i.e. in the centre of the body.

Now when you are standing in front of the stage, imagine that a spotlight is installed at a 90 degree angle in front of your chest.

When you stand upright, your center opens up to the front and your audience is touched by your radiating energy and drawn into your spell.

It is very different when you stand on the stage with your shoulders hanging down and your gaze directed towards the floor.

Your effect on your audience will fizzle out. You seem insecure and powerless and your energy only reaches the first two rows. Unfortunately for many of us hanging shoulders have become part of our daily life. That is largely due to our daily work at the computer and wrong posture. If you want to shine on stage, you have to work on your posture.

My tip to you: work on your posture, practice in front of the mirror. Focus on standing up straight, having an open and free view into the audience. Work on your body tension. You can succeed with a little training. I can think of a saying that almost everyone has heard from their parents at least once: belly in, chest out.

3. Create a setting for your audience

A little tip: Your elbows should never go behind your shoulder line.

That is where the energy breaks and you can no longer pass it on to your audience.

If these world-champion tips inspire you to improve your nonverbal communication, write me a comment or send me a message and we can work together on your world-class body language.

What do you think makes for a fantastic stage presence? Who comes to your mind when you think of the perfect first impression? Tell me more about it in a comment! 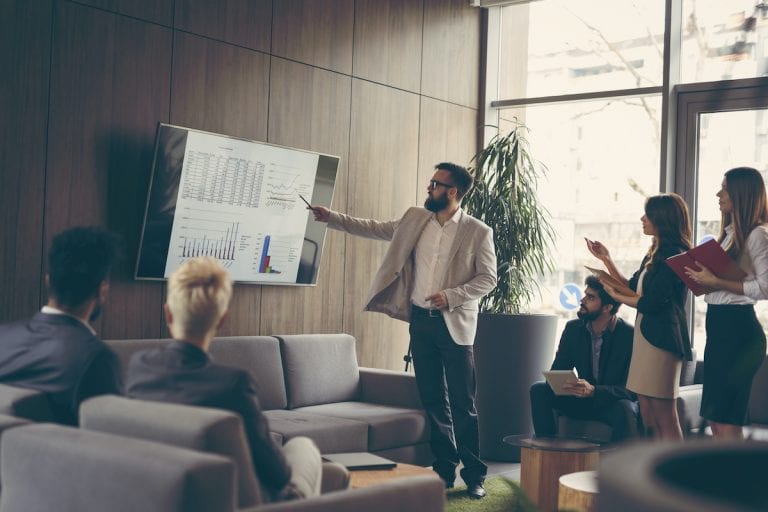 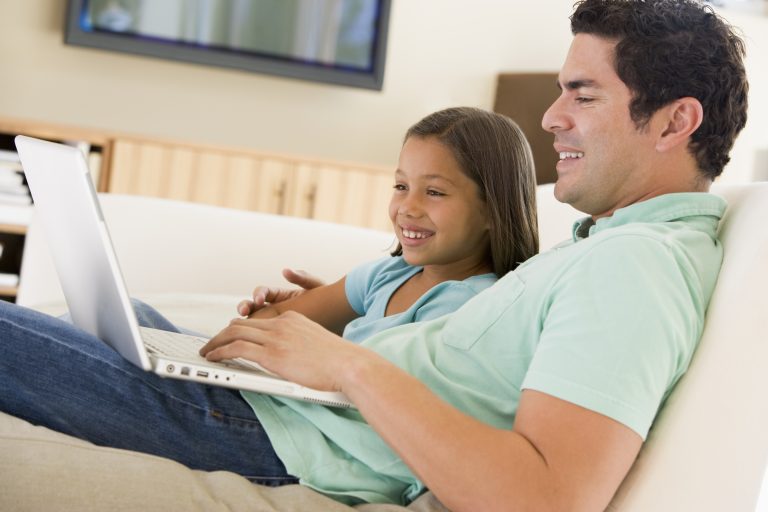 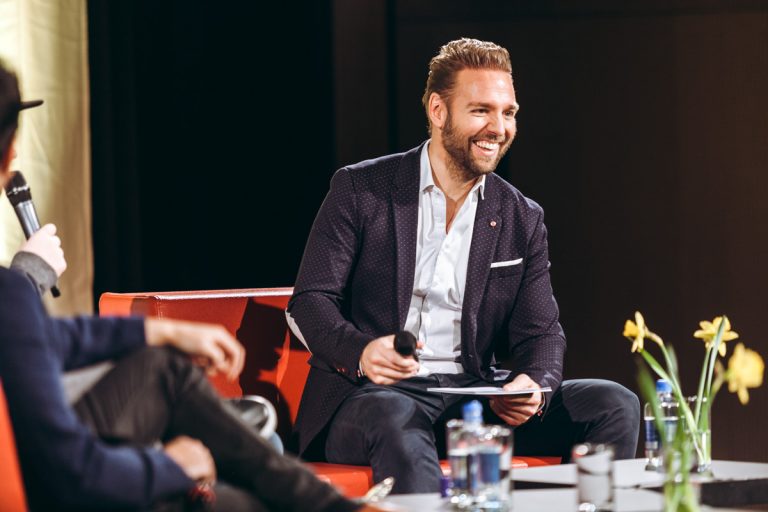 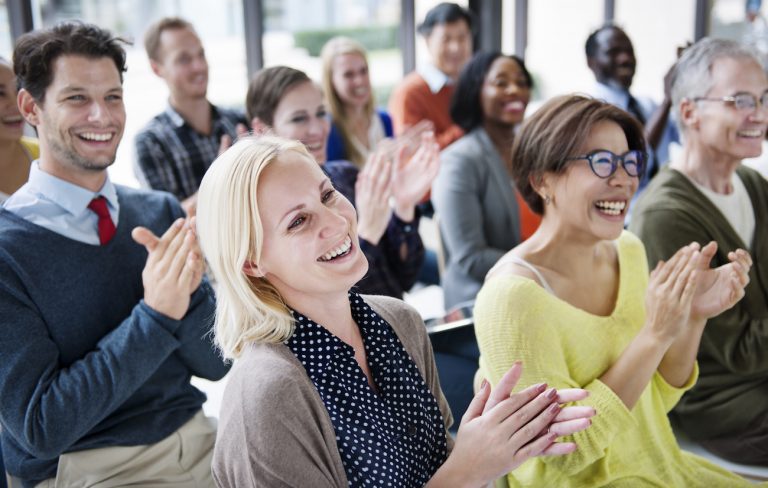