Last week I was invited to host the ÖFB Cup Final 2020 in the stadium for the 10th time. As it turned out, the match between FC Red Bull Salzburg and SC Austria Lustenau at the Wörthersee Stadium in Klagenfurt was a very special anniversary.

The game was special in many ways:

10 years of cooperation with the ÖFB is something very unique. What began for me quite by chance developed into a dream partnership. I was able to experience many magic moments and great games, both at the Cup Final and at international matches.

The atmosphere and the conditions under which the ÖFB Cup Final 2020 took place were also very different because this cup final marked a new beginning for Austrian football following the compulsory break due to the coronavirus, and was the premiere for a sophisticated new set-up aimed at preventing the virus’ spread. The atmosphere was absolutely surreal for me. Everything was somehow different, as you can also see in my behind-the-scenes video.

Only 198 people were permitted inside the stadium itself, as 2 spots were reserved for NADA officials. The two teams and their delegations, the referee team, the ÖFB’s organisational team, a reduced version of the entertainment team and very few high-ranking officials were allowed in. A number of accredited media representatives ensured that this game was broadcasted to 40 countries around the world.

With the exception of the players, almost everyone present had to wear masks.

The mask duty was really exhausting for me as a presenter. I attempted to create a halfway normal situation with my crew. As usual, there was an introduction to the teams at the entrance, accompanied by music. The award ceremony after the ÖFB Cup Final 2020 was also accompanied as usual with music and hosting, even though the players had to put their medals on themselves.

My goal was to create a suitable setting for both the audience and the spectators at home for this final. But one thing in particular struck me: you could hear everything! In a “normal” game, the crowds swallow the sound. In an empty stadium, you can even hear the coach’s instructions to the team. It was later written in the Kleine Zeitung later that “This silence will never become normal”.

My personal conclusion: we have shown how it works. At the same time, I think we all agree that games of this kind will hopefully soon be a thing of the past. I’m looking forward to accompanying the football fans in front of a full house again.

For old times sake, some News about previous foodball games I had the honor to present:

March 25th was the 10th anniversary of my cooperation with the Austrian Football Association. Immediately followed by the next anniversary in May. Because then exactly 10 years have passed, in which I was allowed to… 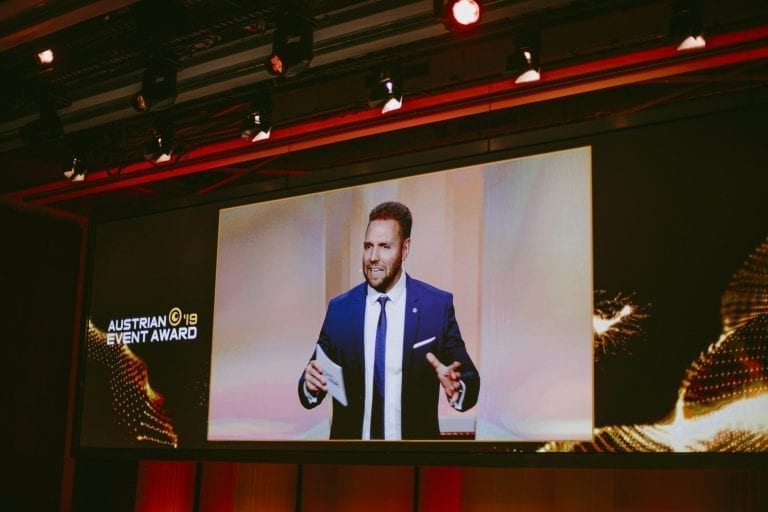 Event host for the Austrian Event Award in Linz Now for something a little older, but still very present in my memory. In December of last year, I had the great honor of leading the…

Last week I was invited to host the ÖFB Cup Final 2020 in the stadium for the 10th time. As it turned out, the match between FC Red Bull Salzburg and SC Austria Lustenau at…

On March 25th 2011, a 2-2 draw against Belgium at Ernst Happel Stadium in Vienna was my very first match I worked for the Austrian Soccer Federation. Since then, I have missed virtually no national…

While the EURO 2020 will be a great celebration for all of Europe, there is also a personal highlight to celebrate. After more than 10 years as a stadium announcer of the Austrian national team,…

As you know, my sports heart beats not only for soccer and tennis. Another great passion belongs to the sport in the ring – boxing. After what felt like an eternity, I finally hosted a…