Tour de France: On site at an event of extraordinary proportions 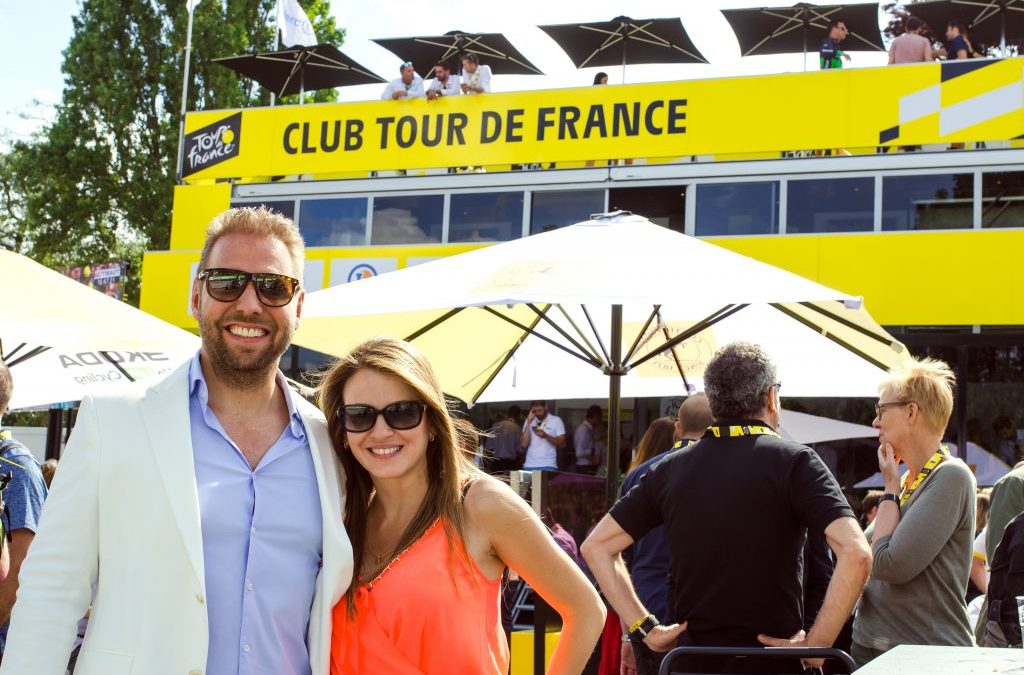 The invitation to the start of the Tour de France 2019 in Brussels – le Grand Départ – was one of the highlights of the summer! Maybe you have been there yourself and experienced a stage of this awesome live professional-cycling event live. The Tour de France inspires over 2.5 billion cycling fans throughout the world each year, making it the third-largest sporting event in the world after the World Cup and the Olympic Games.

As a presenter of large sporting events, I am used to a substantial amount of fanfare culminating in a spectacular event. What particularly impresses me about the Tour de France are the top logistical performances that the organizers have to provide. They blow the scope of the logistics and organization that I have experienced so far out of the water. A media and sporting circus of extraordinary proportions circulates around each of the 21 stages.

A particular magic moment last year: In the finish area in front of the Atomium in Brussels, Elizabeth and myself took a photo together with perhaps the best cyclist in history: five-time Tour de France winner Eddy Merckx.

The Tour as a master of organization

Each stage’s start and finish has its own organizing committee. They always work on 3 tours simultaneously: the present year’s “Big Loop” and the one for next year and the year after. At the same time, 5,000 people – riders, teams, organization, media, sponsors – have to be transported from A to B every day, and so 5,000 beds have to be organized in locations around the smallest villages in the Alps and Pyrenees.

Branding is also a challenge, with distances of often well over 200km per day. All routes have to be “dressed up” day after day. For each stage, there are sophisticated advertising plans regarding which banner has to be placed at which place at what time. There are 450 advertising boards in the finish area alone. Nothing is left to chance here.

Are you also a fan of the Tour of France? If so, why? Have you ever experienced a stage live? Leave your answer in a comment below!